While there are many different roads that we take in life, it is those who have walked with us that make the journey worthwhile. This page is dedicated to all of our furry, four legged (and three legged), best friends that have found their special place in heaven.

Please consider making a tax deductible donation today to allow us to continue to help the many animals that we are called on to save.  Without you, their life would not exist.  They are a success story because of your support.  Thank you. 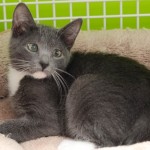 Mouse was a TEARS kitty who resided at the Altamonte Petco while she waited for a forever home.  She underwent surgery of intussusception of the intestine possibly resulting from a piece of toy she may have ingested up at Petco playing with her friends.  Despite the week long fight she put up after her surgery, Mouse earned her angel wings.  We are so thankful for Dr. Beth Carson, who did everything humanly possible to try and save this little angel.  Rest in peace little Mouse. 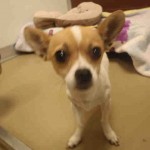 Kandy was an emaciated Chihuahua who came into the shelter in March 2015. She was placed in foster care for some extra loving but her foster home soon realized there was something more concerning than weight loss. Kandy was brought to our vet to get an x-ray but once under anesthesia she passed away. It was determined that before she came to the shelter she had swallowed a fruit pit and it had become lodged in her intestines. Sadly, she was not able to be saved but hopefully died knowing she was loved. 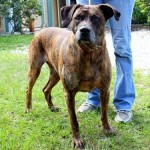 Sid was surrendered to the shelter in September 2014 after 10 years of being with a family. He came in needing some cosmetic surgery that TEARS took care of. In April 2015, Sid developed a tumor on his foot that quickly metastasized through his leg. We made the decision not put him thru a leg removal but to gently let him pass in the arms of those that have been caring for him the last 8 months. We desperately posted, emailed and shared Sid’s information hoping to find him a forever home, even if it was just for a few months. He was loved on by the volunteers and shelter staff and we can only hope he knows we did our best. Thank you to all of those who made donations for his care and for sharing his posts. Sid is now in peace with the angels.

What a funny, witty, talented friend Ernie was to so many people! If you had the opportunity to have met him, you know what an exceptional bright light he was. He was a dear personal friend to many and left this world unbelievably much too soon. Ernie was a huge part of TEARS since our startup in 2010. He was an Officer of the Board and was hands on with fostering animals in need, working special shelter projects and assisting in adoption events. What a wonderful legacy he has left, knowing that during his time on this earth he helped save so many animals and touched so many people’s lives. We can only wish to be so lucky to have made such an impact when its our time. He will be forever sorely missed. 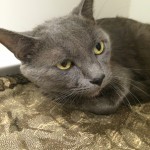 Cody came into SCAS as a stray with a very badly infected and burned neck possibly from cheap fleas medication that he reacted poorly from. We took Cody into foster care and started treatment on him. While his neck was healing beautifully, inside Cody was suffering from a virus we did not know about. Cody, our Russian Blue, passed away on Tuesday, November 4, 2014. We want to thank his wonderful foster dad, Eddie, who did such a great job of carrying for Cody the short time he was with him and for giving him a final resting place with his other loves in his yard. We also want to thank Dr. Mole, with Seminole Animal Hospital, and his staff for giving Cody the very best care and treatment. Cody will forever be part of the TEARS family.

It is with a heavy heart that Booboo has crossed over the rainbow bridge in March 2014.  She came in to the shelter in a very rough state and TEARS was called on to help.  Despite the best care from our vets, she was diagnosed with late stages of Pythiosis and there wasn’t much we could do.  Pythiosis is caused by a parasitic spore that enters the body through the nose, esophagus and skin. Infection will settle in the dog’s lungs, brain, sinuses, gastrointestinal tract or skin. Affected dogs will develop lesions on the legs, tail, head and neck. The organism thrives in tropical and subtropical waters, such as ponds, wetlands and swamps.  Please take caution when allowing your dogs into bodies of water.  We are comforted that BooBoo knew love in her last days. 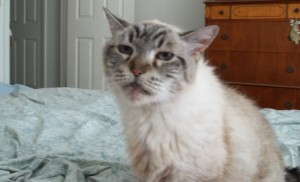 Samantha was 19 years old on June 6th, 2013, she was my very sweet, loving, loyal kitty for all those years. Samantha gave me many years of such joy and love, she was mild mannered, meek and oh so soft and cuddly. I loved her dearly. She died, Wednesday, July 3rd. I was holding her in my arms as her sweet soul left her body and went back home to heaven. She will be forever missed. 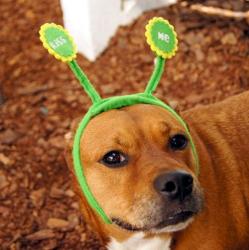 Argus became a part of the TEARS family when we helped her with her severe bladder stones. As we searched to help find her forever home she suddenly took a turn for the worse and TEARS was called once again to help. Our vets confirmed the worse and we were told Argus was suffering from leukemia. With not much hope of vet care or meds helping at this stage, TEARS and Seminole County Animal Services made the tough and sad decision to help Argus from this life onto a better one. Argus, with her big wide smile and cute basset feet, will be missed by all who met her. 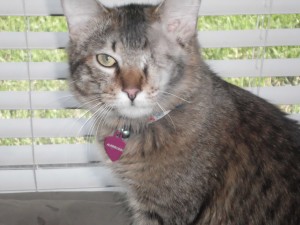 Harrison came into Seminole County Animal Services with a ruptured cornea. TEARS fixed him up and he was adopted by the Klein family in March of 2012. Harrison was only with his new family for 6 months before he was diagnosed with liver failure and passed from this world. Even though he was with them for just a short time, that time made all the difference in the world. He left this earth from a loving home with a family that cared about him. Although no one knew his time was so short, the fact that he was picked among all the kitties at the shelter, with only one eye and being a little older, was just fate and meant to be. “He was a wonderful kitty and we are so glad that we had the time we did with him, I just wish it had been longer. 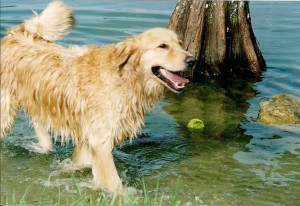 Our Dearest Baily has returned to Heaven – where she came from. We thought we rescued her when she was two but she in fact rescued us . . . We can truly say that in our darkest hour she saved our lives. God shared her with us for 11 years and for that we are thankful. Baily will always be a loved member of the Rein family. 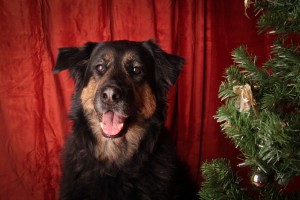 Tasha Wydra is a forever loved family member of the Wydras who left this earth August of 2010. She was a dedicated family dog that will be forever missed. Gentle and sweet, she will never be forgotten.Thank you to the Wydra family for your donation to TEARS in her memory.

Make a donation in memory of a beloved pet

If you would like to make a donation in memory of a pet or add yours or a friend’s beloved pet to our heavenly page, please E-mail us with a story or memorial you would like posted about the pet. If you have a website dedicated, we can link to that if you would like.
Contact Us